At the plenary session on May 18, 2022, Giuseppe Penone was elected among the foreign associate members of the Académie des Beaux-Arts of the Institut de France, for the sculpture section.

Located in the Bosco della Memoria (Wood of Memory) created in Trucca Park in memory of the victims of Covid-19, lndistinti confini (Indistinct Boundaries) is the new permanent installation by Giuseppe Penone, donated to the City of Bergamo by the Giulio and Giovanna Sacchetti Foundation. Conceived as a place of reflection and memory, the work is part of the artist's poetics, which breaks down the boundaries between the human, mineral and plant worlds. In a series of cross-references and analogies between the white and veined Carrara marble and the bark and branches of the Himalayan birch trees that make up the installation, Penone with Indistinct Boundaries shows "the flow of matter and life that flows indistinctly through the body of the world".

Starting on 17 March 2022 at Frick Madison, the new temporary home of the Frick Collection in New York, eleven porcelain discs created by Giuseppe Penone in collaboration with the historic Manufacture de Sèvres will be on display for the first time. These works will be compared with 18th century porcelain in the collection. By making an imprint of his finger and allowing it to spread like a wave over the entire surface of the disc, the artist continues his research on the series Propagazioni with which, since 1994, he has interpreted body skin as a privileged meeting place between man and natural development in a continuous investigation of the boundaries between art and nature. 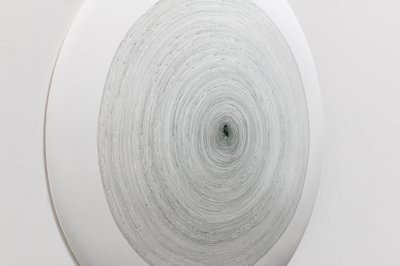 After his solo exhibition in 2008, Giuseppe Penone returns to Villa Medici with a project conceived specifically for the private rooms of Cardinal Ferdinando de' Medici's historic apartment. The context is the Art Club exhibition cycle curated by Pier Paolo Pancotto. The artist highlights the singularity of the spaces by presenting a group of works (Vaso, 1986; Il vuoto del vaso, 2005; Avvolgere la terra – vaso, 2005; and the series Terra su terra – bacile, 2005) that are emblematic of his idea of sculpture: reflection on the materiality of forms, their visual perception, the encounter between gesture and material. 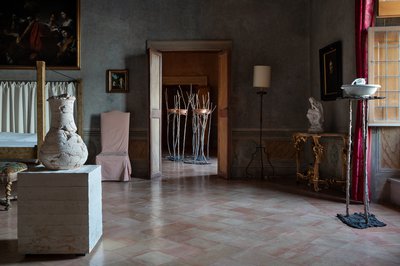 The Bibliothèque nationale de France hosts for the first time an exhibition entirely dedicated to Giuseppe Penone, which invites us to discover the links between man and nature, reflecting on the value of time, the imprint and memory. Penone has produced for the occasion a spectacular installation, Pensieri e linfa (Sap and Thought), the frottage of an acacia trunk of thirty meters along which flows an uninterrupted text handwritten on linen canvas, the result of fifty years of reflections and creations on the topics dearest to the artist. Alongside this emblematic work, other works never shown before are exhibited, such as the twelve monumental Alberi-book or the series of Leaves of Grass, painted with fingertips, inspired by the first edition of Walt Whitman's poem. Drawings, photographic works and artist's books are also included, as well as a series of 18 newly created engravings, which, donated by Penone, will now become part of the library's collections. 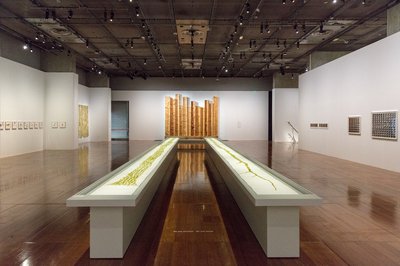